Whenever the work of Judy Grahn is discussed we describe it as being “of use” – poetry of use – philosophy of use. Grahnian philosophy, though often beautiful, reaches beyond finding pleasure in the art form and is grounded in creating positive impacts for the way we live, learn and relate. Grahn’s world is one where social systems, economics and spirituality are all transformed to be of use for the common good.

An exciting and diverse international body of changemakers are using Grahn’s work to transform how we see the world and ourselves. We invite you to discover some of these folks. 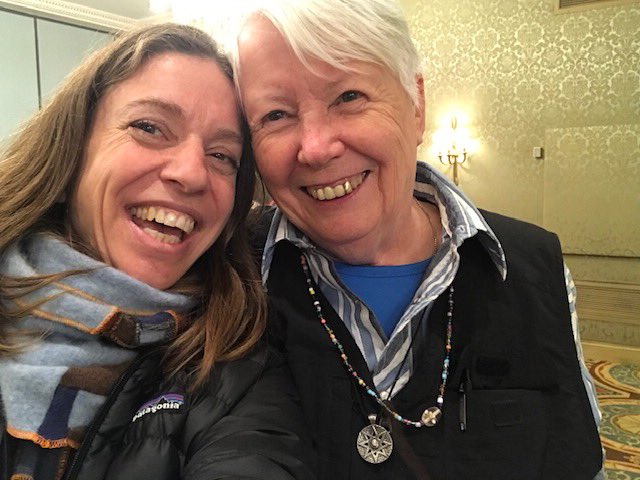 Widely considered a feminist icon, Grammy winner Ani DiFranco is the mother of the DIY movement, being one of the first artists to create her own record label in 1990. While she has been known as the “Little Folksinger,” her music has embraced punk, funk, hip hop, jazz, soul, electronica and even more distant sounds. Her collaborators have included everyone from Utah Phillips to legendary R&B saxophonist Maceo Parker to Prince. She has shared stages with Bob Dylan, Bruce Springsteen, Pete Seeger, Kris Kristofferson, Greg Brown, Billy Bragg, Michael Franti, Chuck D., and many more. Her most recent studio album Binary was released in June 2017 on Righteous Babe Records. Her memoir No Walls and the Recurring Dream was released in May 2019.

Ani DiFranco delivered remarks on the impact of Judy Grahn on her work at a presentation to the Tennessee Williams Literary Society in March 2019. See her remarks here. 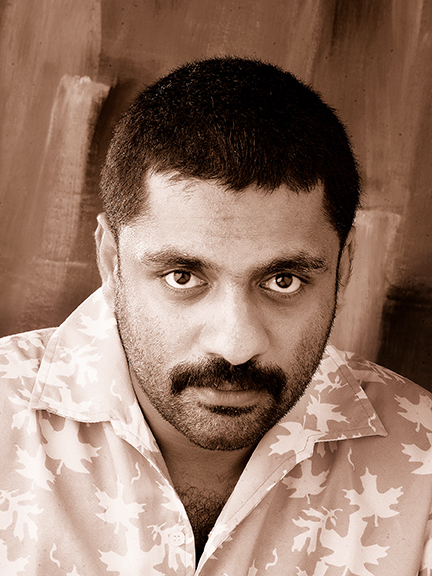 Vipin Vijay is an Indian contemporary film director and screenwriter. A post graduate in film making from the Satyajit Ray Film and Television Institute SRFTI, Calcutta. He received the Charles Wallace Arts Award for research at the British Film Institute. His works are made under independent codes and defy any categorisation eluding all traditional genre definitions and merge experimental film, documentary, essay, fiction all into one.

The documentary “Poomaram” (A Flowering Tree 2007) based on Judy Grahn’s work Blood Bread and Roses contemplates female menstruation and its connection with Hindu rites and beliefs. While in Brahmin Orthodox culture the period of menstruation is considered to be impure and women are not supposed to cook or touch any food prepared for other family members, the main character in this film evokes old menstrual rituals and places them in ancient Indian culture.

The winner of the Indian prestigious Sanskrit Award, who became recognized in his own country after having been discovered by the Rotterdam Film Festival, which has screened all his films so far, is trying to maintain his enigmatic, associative narrative style which gives to the viewer a freedom to identify with the story in his/her own, intimate way. The filmmaker points out that this docu-fiction is: ‘an attempt at constructing a male edition of the audio-visual dictionary on menstruation. Of how menstruation created the world, unravelling the metaformic theory, postulated by feminist author Judy Grahn. A new relational origin story that women’s menstrual rituals are the roots of human culture and that in human evolution women and men have markedly different relationships to blood.’

Appearances by Vijay and screenings of the film can be arranged through Public Service Broadcasting Trust here.

You can view the film Poomaram here. 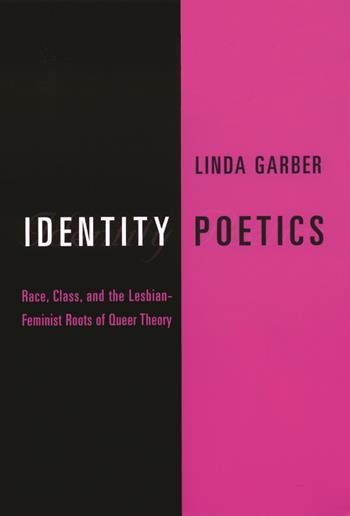 Linda Garber is associate professor in the department of English and the Program for the Study of Women and Gender at Santa Clara University. She is the editor of Tilting the Tower: Lesbians/Teaching/Queer Subjects and the author of articles on lesbian literary criticism and lesbian studies.

Have we arrived in the post-queer era? What is it about lesbian feminist writings that has endured? The answer can be found in the poetry of the age, and in Linda Garber’s book Identity Poetics: Race, Class, and the Lesbian-Feminist Roots of Queer Theory. Garber has written a smart, readable, wide-ranging examination of five poets whose writings helped to define early lesbian feminist theory and who, according to Garber’s account, deserve some credit for their contributions to the current body of queer theory.

Garber dedicates a full chapter to each of five poets: Judy Grahn, Pat Parker, Audre Lorde, Adrienne Rich, and Gloria Anzaldua. In addition to addressing formal aspects of their poetry, Garber complements her close readings with well-documented historical background from interviews and other commentary. Garber presents each poet’s work with respect to its place in various literary and political movements. She also provides information about performance, publication, and critical reception of the work. The writing moves smoothly between the dense formulations of postmodernism and the easy flow of personal narrative. This racially diverse community of poets knew each other intimately, worked together often and influenced each others poetic voice and core philosophical ideas.

What Garber sees in the poetry is “a sort of postmodern identity politics” that she calls “identity poetics.” The book has become a collector’s item in poetry and social justice circles, but is easily available in digital format for kindle here. 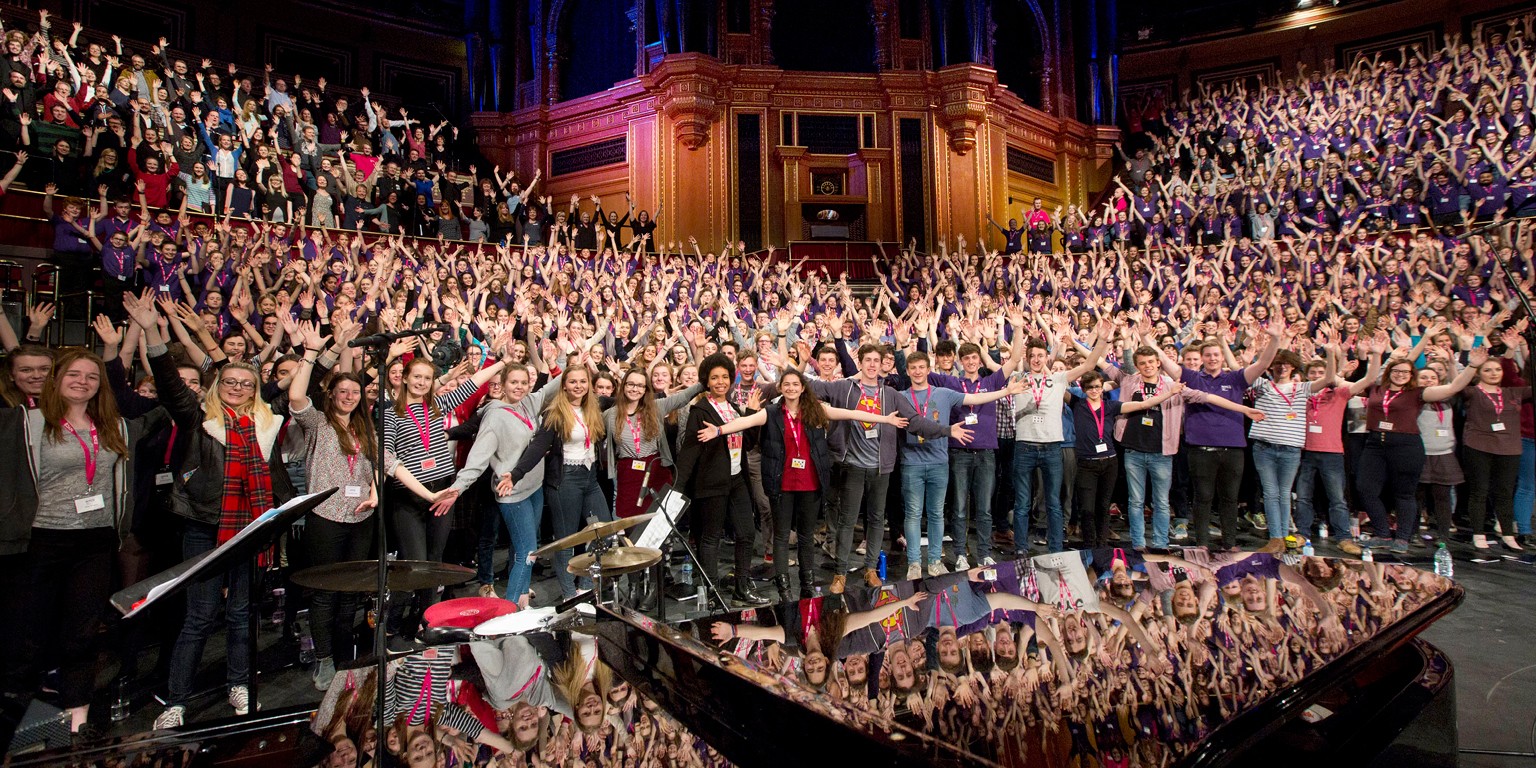 Curry is a BAFTA-winning composer of contemporary classical music and is also co-founder of renowned games company The Chinese Room.  Her work has been performed in diverse and high-profile venues such as The Old Vic Tunnels, Sydney Opera House, The Royal Albert Hall, Great Ormond Street Hospital, The Wellcome Trust, MOMI New York, The Royal Opera House, Sage Gateshead and Durham Cathedral. The Washington Post has described her music as “stupendous” and The Guardian praised her “gorgeous orchestral score” for Everybody’s Gone to the Rapture. Curry’s music has had extensive airplay on Radio 3 and Classic FM in the UK, as well as on radio stations and in concert halls around the world.

In 2019, New Music Biennial commissioned Curry to use two texts written by Judy Grahn and fuses them into a compelling and innovative 15-minute choral work sung by the National Youth Chamber Choir of Great Britain. The piece is written at a time where women are questioning the world they have been told to accept, reconsidering history and community, and celebrating the power of the female. Simultaneously, young people’s voices are emerging as the most powerful, positive force for change in global politics.

Listen to Ben Parry conduct the National Youth Chamber Choir of Great Britain perform Judy Grahn’s She Who as composed and arranged by Jessica Curry here. 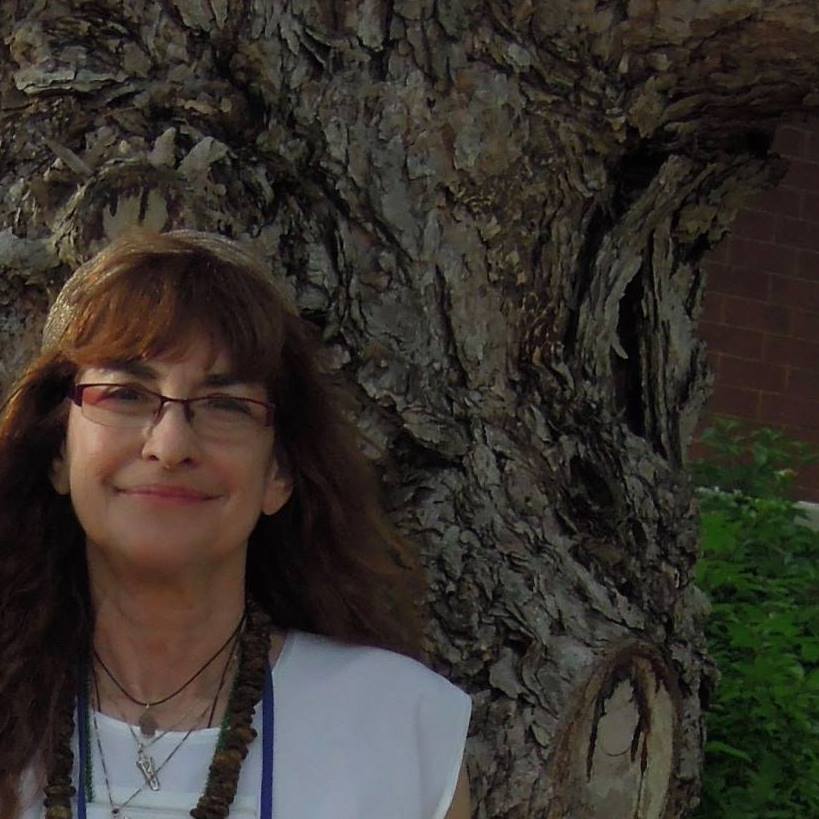 D’vorah J. Grenn, Ph.D., Kohenet is Founding Director of The Lilith Institute (1997), a San Francisco Bay Area-based producer of women’s spirituality/study circles, public and private rituals and a variety of lecture series. She served as Co-Director and then Chair of the former Women’s Spirituality MA Program at the Institute of Transpersonal Psychology/Sofia University in Palo Alto, California, and was the founding kohenet/priestess of Mishkan Shekhinah, a movable sanctuary honoring the Sacred Feminine in all spiritual traditions.

Dr. Grenn has been engaged directly with Grahn in a longtime conversation around the Sacred Feminine, the use of origin stories and Metaformic consciousness. This conversation began when she first studied with Grahn in 1998, continued through such articles as “Connecting With Deity Through a Feminist Metaformic Thealogy” and “Metaforms of a Monotheistic Religion: The Menstrual Roots of Three Jewish and African Rites of Passage: Khomba, Bat Mitzvah and the Mikvah”, both on Grahn’s Metaformia: A Journal of Menstruation and Culture. It continues today through her deep engagement with Grahn’s work, currently with her “They Say She Is Veiled” poem, a portal through which Grenn writes about Shekhinah, the female aspect of deity within rabbinic and mystical Judaism. It is writing which, inspired by Grahn’s work and teachings moves from dialogue/duologue to narrative discourse and back again. Along with Metaformic philosophy, it is a piece of Grahn’s work that Grenn brings into her women’s wisdom circles and college classes at every opportunity.

Dr. Grenn’s dissertation, “For She Is A Tree of Life: Shared Roots Connecting Women to Deity” was an inquiry into Jewish women’s religious/cultural identities, beliefs and ritual practices among South African Lemba and United States women. Her other writings include: Lilith’s Fire: Reclaiming our Sacred Lifeforce (Universal Publishers, 2000), “How Women Construct And Are Formed By Spirit: She Who Is Everywhere In Women’s Voices, Kol Isha, Maipfi A Vhafumakadzi” (She Is Everywhere, Volume I, Lucia Chiavola Birnbaum, ed., iUniverse, 2005), “Creator Woman – Deity, Snake and Life-Giving Waters: The Active Female Principle in the Fertile Crescent, Carthage and South Africa” – She Is Everywhere, Volume II (Annette Williams, Karen Villanueva and Lucia Chiavola Birnbaum, eds.; Authors Choice Press, 2007.), “Lilith’s Fire: Examining Original Sources of Power, Re-defining Sacred Texts as Transformative Theological Practice” – Feminist Theology journal, September 2007; “Claiming The Title Kohenet: Examining Goddess Judaism and the Role of the Priestess” – Paper presented at “Women and the Divine” Conference, Liverpool and later published in Women in Judaism Multidisciplinary Journal, 2008; “The Kohanot: Keepers of the Flame” in Stepping Into Ourselves: An Anthology of Writings on Priestesses, (Anne Key and Candace Kant, eds., Goddess Ink Publishing, 2015) and the Lilith and Priestesses entries in  Encyclopedia of Women in World Religions: Faith and Culture across History, (Susan de-Gaia, ed., ABC-CLIO, 2018).

Her most recent book is an anthology of the sacred writings of 72 women from 25 different spiritual traditions: Talking To Goddess, a collection of blessings, prayer-poems, chants, meditations and invocations available here.

To engage more fully with Dr. Grenn’s work you can visit the Lilith Institute here.

Subscribe for Updates from Judy Grahn & the Commonality Institute

Thank you for subscribing!