Foremother Dr. Judy Grahn is internationally known as a poet, activist and cultural theorist.
Her writings have helped to fuel cultural feminist, gay, and lesbian activism since 1965.
Grahn’s memoir, A Simple Revolution: The Making of an Activist Poet,
recounts her co-founding of the Gay Women’s Liberation movement in the Bay Area.

Judy Grahn’s poetry collections include A Woman Is Talking To Death (considered by many to be her masterpiece), The Queen of Wands, The Queen of Swords, She Who and The Common Woman Poems, which were foundational to the development of cultural feminism.

Her non-fiction work includes the best seller Another Mother Tongue: Gay Words, Gay Worlds in which she offered the first published gay cultural research which also became an early book in the canon of creative non-fiction. In 1982 she began working on a theory of positive menstruation and women’s contributions to culture and filled the original ideas out with a new origin story in Blood, Bread, and Roses: How Menstruation Created the World published in 1993.

Recent publications include the 2016 selections of her writing on metaformic philosophy in the series Lost & Found at CUNY. And a poetry publication in 2017, Hanging On Our Bones, described as “Contemporary Lamentations in Nine Parts.” The Judy Grahn Reader serves as a primer for classrooms and researchers.

Grahn has held academic positions at Stanford University, New College of California, California Institute of Integral Studies, Sofia University, and the Institute of Transpersonal Psychology. She has given more than 1,000 readings, lectures and presentations in all kinds of venues, including many U.S. universities. Her work has been used all over the world in different communities to create plays, musicals, films, books, original research and healing.

Grahn picketed the White House for gay rights in October 1965 with several other members of East Coast Homophile Organization and Mattachine Society. The 1983 publication of her nonfiction work Another Mother Tongue: Gay Words, Gay Worlds deeply affected the gay as well as the lesbian movement, as indicated by the fact that the book was the subject/theme of the Seattle Gay Pride Parade in 1999. This is one of Judy’s books that elicits the response, “this book saved my life….”Another Mother Tongue set a new level of meaning for LGBTQ lives, by describing “ceremonial offices,” some of them sacred and socially vital, that many indigenous communities gave their transgendered members. The Publishing Triangle established the The Judy Grahn Award for Lesbian Nonfiction in 1996 and has continued distributing an edition of the book.

In 1969 she co-founded “Gay Women’s Liberation” which soon became “lesbian feminism”- originally an international grassroots movement for social justice. For eight years she worked with and led the Women’s Press Collective, the first independent all-women’s press. From well-attended women-only readings, her work spread around the world and became foundational to the development of lesbian feminist, feminist, and gay movements across the US and in England, Australia, Argentina, India, Mexico and other places. For her memoir, A Simple Revolution (2013) she interviewed other founders of this crucial social justice movement.

Grahn’s “Common Woman” poems galvanized and spoke to the mass women’s movement, as indicated by two bookstores, a press, two newspapers and numerous other organizations and groups named for the poems, as well as large numbers of posters, t-shirts, wall graffiti and other spontaneous grassroots expressions of excerpts from them. In 1992 Publisher’s Weekly reported that independent booksellers had named Grahn’s collected poetry, The Work of a Common Woman, as one of the twenty most influential women’s books of two decades, the 1970s and 1980s.

Grahn’s nine part poems, such as “A Woman is Talking to Death,” calls for honest self-assessment and an ethical commitment to taking responsibility for ending racism, sexism, and poverty. “Amazon Rising from the Dust,” and “Descent to the Roses of a Family,” both address issues of gender, class, and race have been taught in prisons and community centers as well as in academic settings. Her theory of Cultural Obversity has been used as a foundational structure in Master’s degrees classes, helping students from very different backgrounds understand each other better, as well as helping them solve issues with partners, neighbors, and co-workers. Grahn’s poem “Mental” is used in the fields of neuro-queer and mad studies.

At New College of California in San Francisco, Grahn in 2003 co-founded and became director of an MA/MFA program, Creative Inquiry, which featured the first queer performance arts program in the country. Much of her poetry and her book Another Mother Tongue are considered foundational to Queer Spirituality and Queer cultural history.

In the 1990’s Grahn surfaced with a new origin story of human culture and explanation of human differences based in rituals, especially menstruation. Grahn first laid out metaformic consciousness in Blood, Bread and Roses: How Menstruation Created The World. The philosophy served as the foundational cultural theory of the Women’s Spirituality MA program at The Institute of Transpersonal Psychology and at New College of California, and has been used in other universities and communities in Chile, England, Costa Rica, and South India, as well as the United States. Indian filmmaker Vipin Vijay’s film Poomaram: A Flowering Tree, released in 2007 was a tribute to Grahn and her book Blood, Bread, and Roses. 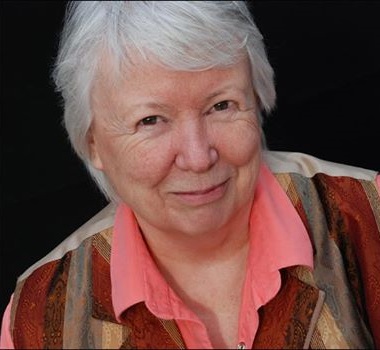