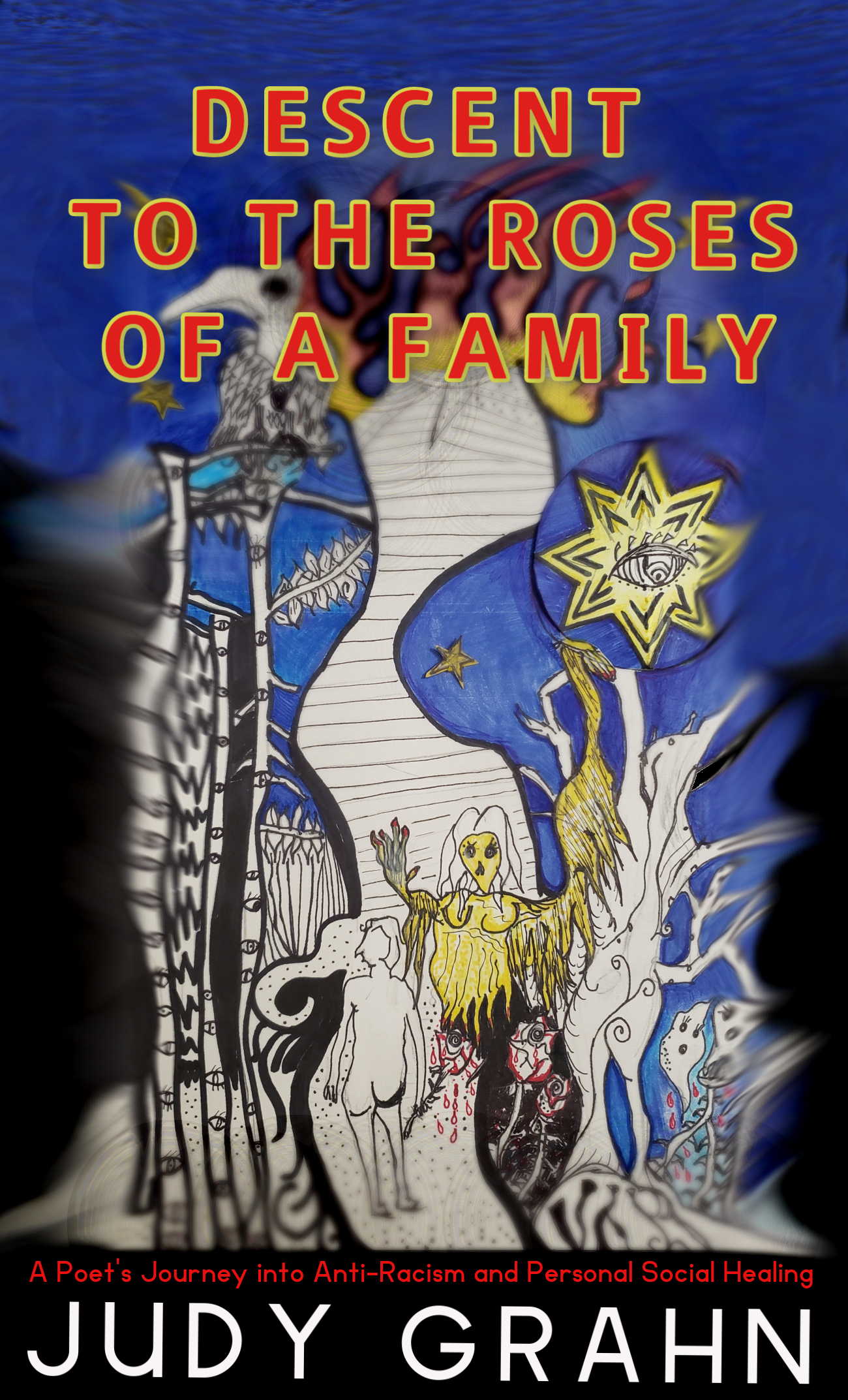 Descent to the Roses of a Family, A Poet’s Journey into Anti-Racism and Personal Social Healing is now available. For those courageous enough to explore how family dynamics create and imprint the structures of white supremacy in each of us, Judy Grahn has used her masterful poem, “Descent to the Roses of a Family,” to expose and closely examine her own family’s roses (and thorns) of toxic racism and white supremacy. Grahn uses rich back-stories and mythology to guide us in the process of understanding and healing the split psyche that white supremacy causes and requires. “Descent to the Roses of a Family” is especially valuable for getting past endless intellectualizing about one of our most serious and tenacious social problems.  Grahn demands more of us; she insists that we understand emotionally and poetically, as well as intellectually, the heart of white supremacy in the family and its consequences when taken unexamined into the larger world.  She leads us out of the fog of denial.  Recommended for teachers of antiracism, using literature, sociology, and mythology; also for group discussions and individuals wanting to heal themselves and future generations by finding a better way.

Recent Appearance: “Living in a Sentient World” at The Association for the Study of Women and Mythology

A message from Judy… “For forty years I’ve been thinking and writing about the intense psychic connections we can experience with creatures, including insects, that live around us, incorporating them in my poetry and my novel, Mundane’s World, as well as in stories. This session will discuss how to recognize and induce these connections of inter-species consciousness (shared sacred space), how to record and believe the experiences, and then how to write them. My goal is to share these accounts with more skeptical humans in order to reduce both cynicism and romanticism, to strengthen bonds between people and creature life, to encourage recognition of shared minds, and to amplify the value we place on beings who share space with us. I’ll illustrate the topic with selections from my forthcoming book Touching Creatures Touching Spirit, from Red Hen Press. 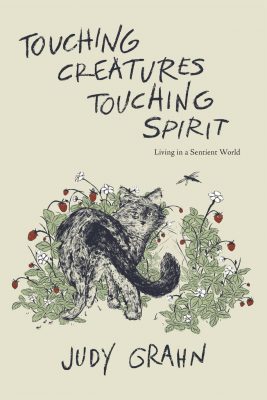 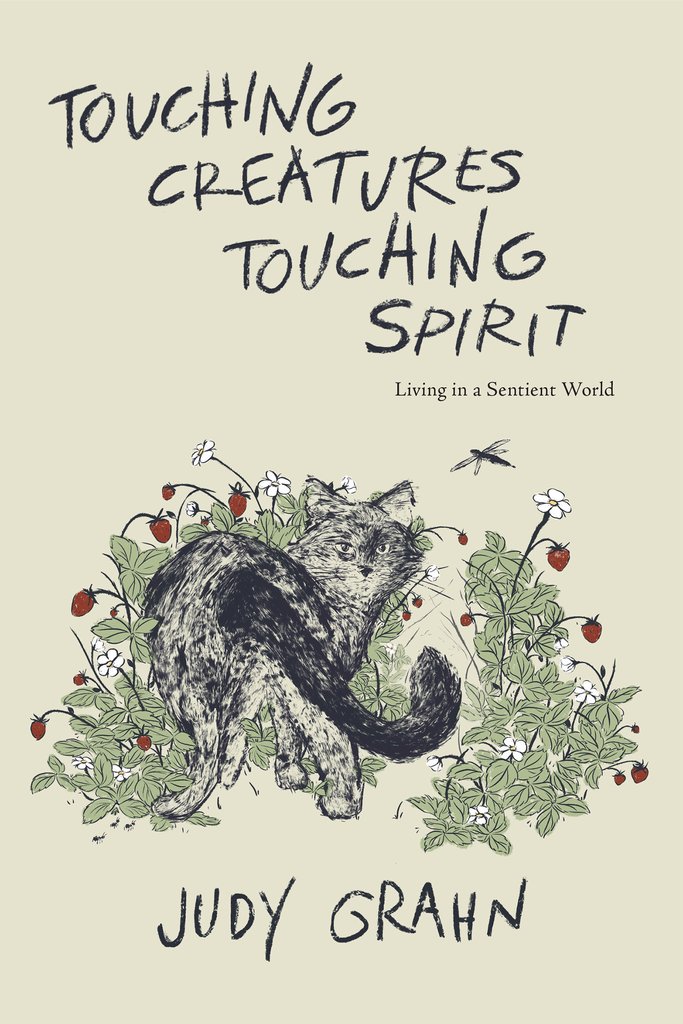 Grahn meditates on our relationship with all creatures from the smartest cats to the smallest microbes. Touching Creatures, Touching Spirit: Living in a Sentient World, offers a new eco-feminist lens to understand relationships, with a May 2021 release date from Red Hen Press, Pasadena California. Pre-order now and view Grahn’s other titles from Red Hen Press here. 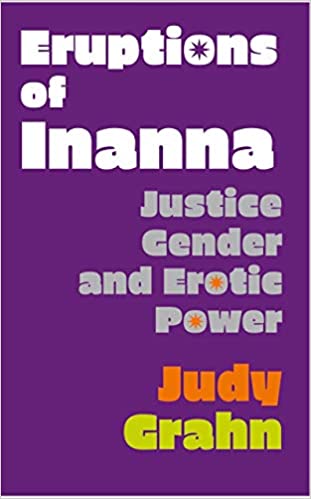 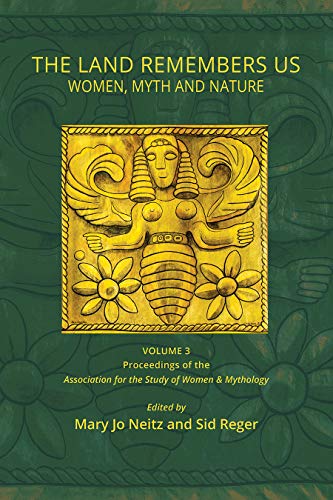 Now Available: “Goddess Is Alive! But How Do We Know?” in anthology, The Land Remembers Us: Women, Myth, and Nature

The Land Remembers Us: Women, Myth, and Nature is the third volume of proceedings from the Association for the Study of Women and Mythology. In this collection, the work of 18 scholars explores the connections of myth and land including Grahn’s poignant “Goddess is Alive! But How Do We Know?. Available here. 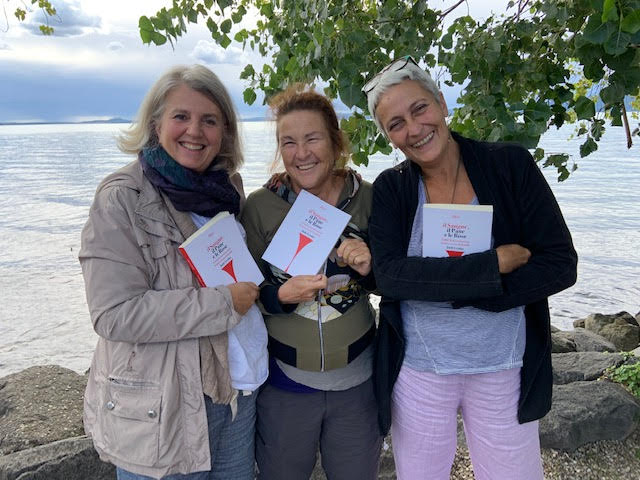 An Italian language edition of Blood, Bread, and Roses – now available through Effigi Edizioni thanks to the efforts of Sandra Capribo and Luisa Vicinelli. More information available here.

Red Hen Press and the Annenberg Community Beach House team up for a virtual poetry session and discussion. LGBTQ+ writers Kazim Ali, Carlos Allende, Judy Grahn and Joe Jiménez discuss the future of PRIDE in a post-pandemic world with moderator by Ching-In Chen. Judy reads a selection from Touching Creatures, Touching Spirit, from Red Hen Press, and reflects on the role of writers in creating solidarity within our allied movements. Watch the panel discussion here. 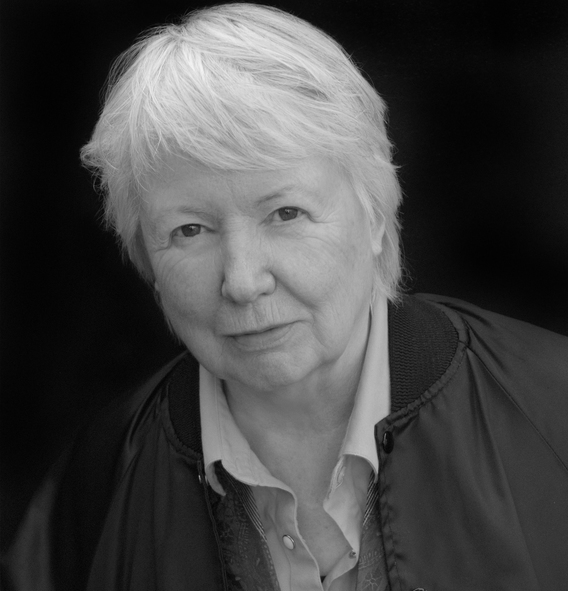 The Association for the Study of Women and Mythology Demeter award is given to Dr. Grahn in recognition of her decades of writing, activism, visionary scholarship and leadership as a founding mother of feminist philosophy, literature, theory and poetry in action. As an internationally celebrated poet, author, mythologist, cultural theorist, teacher, she exemplifies tireless intellectual leadership in poetic expression of feminist ethical and spiritual values, and wide-ranging contributions to feminist infrastructure and culture.

Judy’s poetry has fueled both the Feminist and Lesbian-Feminist movements, in the US and numerous other countries through such works as the mythic-history Another Mother Tongue (1984, 1991) which was vital to the Lesbian/Gay movement during the 1980s and 1990s. We honor her poetic growth through Lesbian literary activism to encompass women’s spirituality – acknowledging the inseparability of feminist politics and women’s spirituality. Her work has resulted in fourteen published books with two more in process, including two book-length poems, several poetry collections, a reader, an ecotopian novel, and five non-fiction books.

In other foundational contributions, an award in her name is given every year to a notable Lesbian author.  ASWM joins the many other organizations honoring her significant contributions; she has received over twenty awards, including Lifetime Achievement Awards from Triangle Publishing, Golden Crown Trailblazers Award, and San Francisco Gay Pride Parade Lifetime Achievement Grand Marshall, 2014 as well as two Lambda Literary Awards, two American Book Awards, a Foremothers of Women’s Spirituality Award, a Stonewall Award, and a National Endowment for the Arts Award.

Judy interviewed on KPFA Berkeley, Fresno, Santa Cruz and at kpfa.org on Women’s Magazine with host Jovelyn Richards. Judy and Jovelyn discuss the recent release of anti-racist poem and workbook, Descent to the Roses of a Family. 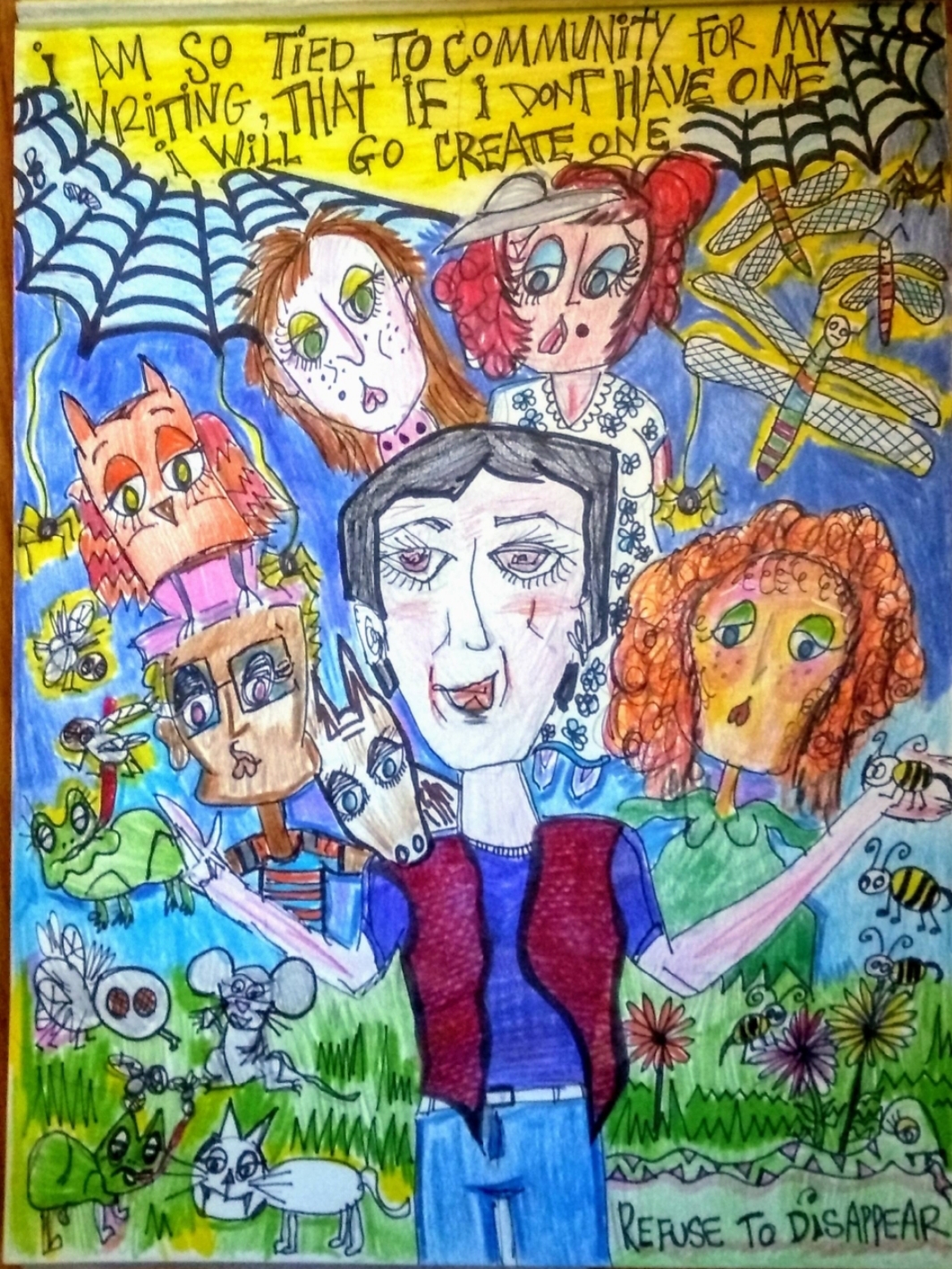 A chapbook with new essays and foundational writing by Judy Grahn on Commonality is set for release in November 2020. These essays are an invaluable tool to understanding the work, legacy and core philosophy of Grahn and the Commonality Institute. The main goal in publishing these essays now is to aid in the teaching of Grahn’s work. The chapbook, with dynamic cover art by Kook Teflon, will be available through the Commonality Institute store here. 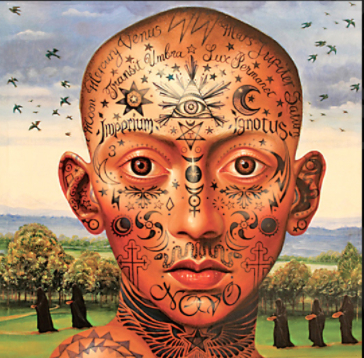 Commonality Institute is excited to sponsor the first annual Tennessee Williams Literary Festival Poetry Contest and Book on the theme of love, judged by Jewelle Gomez. Submit by October 15, 2020.