“Marginality itself becomes a ribbon of road” – The Judy Grahn Reader

When you support our crowdfunded launch campaign at the $50 level, we’ll mail you one of Judy Grahn’s books signed by her in gratitude for your support. We are pleased to be offering The Judy Grahn Reader as one of those options. 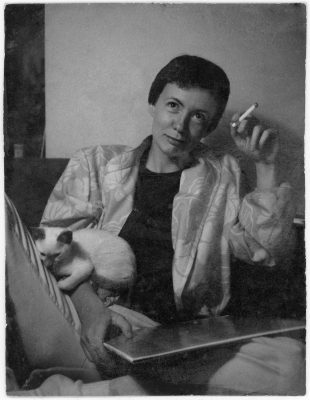 “It is time to read this work again and to read it in new ways. It is time to reconsider the idea of commonality as Grahn lays it out in The Highest Apple and to rethink the story we tell about the second wave of American feminism. We’ve become habituated in the academy – and perhaps outside of it as well – to the story that second wave feminism couldn’t deal with difference, and only now, only post 1981-ish or post 1992-ish, can we see women in our multiplicity. Only a post-modernist, post-structuralist, post-second-wave feminism has ever centered difference and multiplicity. This conventional story of second-wave feminism significantly underestimates feminists’ and lesbian feminists’ participation in other social movements, and especially their anti-racist work. Grahn’s “Ground Zero” tells a more complete and more nuanced story. The essay opens with Grahn and her girlfriend standing in a crowd outside the Black Panther Party’s San Francisco office in 1969, answering a call for white radicals to protect the office from an attack by police. Gay Women’s Liberation was deeply influenced by the violent destruction of the Black Panthers, she argues.

Grahn also points out that “dyke multiculturalism” was on lesbian feminism’s agenda, forwarded by the readings she did with African-American poet Pat Parker and Korean-American poet Willyce Kim (both of whom were published by the Women’s Press Collective). In fact, Grahn’s work has always attended to racism – to its power to thwart our responsibilities to each other, to the shame and pain of its internalization, to its murderous violence. It is a misreading of her idea of commonality – circulating in feminism since the Common Woman poems and expanded in her prose – not to see its connection to difference and multiplicity. 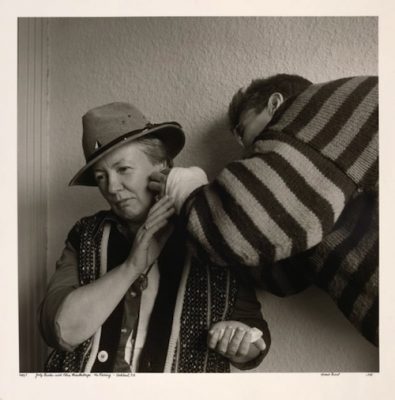 Rather than seeing a static, two-dimensional world of center vs. margin, Grahn argues in Really Reading Gertrude Stein that we should perceive the world more complexly. In what she calls a “many-centered multiverse,” margin and center are in motion; both center and margin shift and trade places. She writes, “exiles from one place are first class citizens of another, margins of one ‘globe’ are centers of another, ‘marginality’ itself becomes a ribbon of road, a continual and vital interaction shaping and reshaping whatever lies within borders, and ‘difference’ is so essentially common (and Self-centered) that it is duplication that is the oddity.” “Common,” she writes in The Highest Apple, “means many-centered, many overlapping groups of islands each of which maintains its own center and each of which is central to society for what it gives to society.” The struggles for “self-determination, autonomy, and community . . . that preoccupy any group attempting to maintain its identity in a hostile world,” are not the same struggles for each group or individual.”

You have Successfully Subscribed!